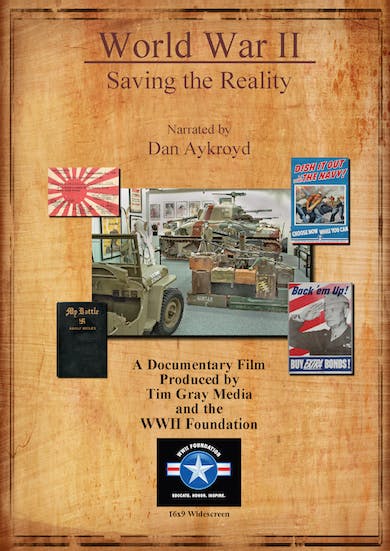 Narrated by Dan Aykroyd and tells the story of Kenneth Rendell, who owns the largest private collection of World War II artifacts in the world, housed in a 10,000 sq. foot building on a non-descript street in Natick, Massachusetts, which is located just outside of Boston.

Over 50 interviews with veterans and survivors of the war help tell the story of the meaning of the over 7,500 individual items in Rendell's collection. Rendell's museum is one of a kind and features some of the rarest WWII artifacts in the world. Visitors from all over come to see Rendell's collection, only recently opened to the general public.

Rendell has been collecting WWII items since the 1960's, long before it became a popular thing to do.

Ken Rendell has travelled all over the world to add items to his collection and they are displayed in sections of his museum that chronicle the beginning right through the end of one of mankind's most destructive and important time periods in history.