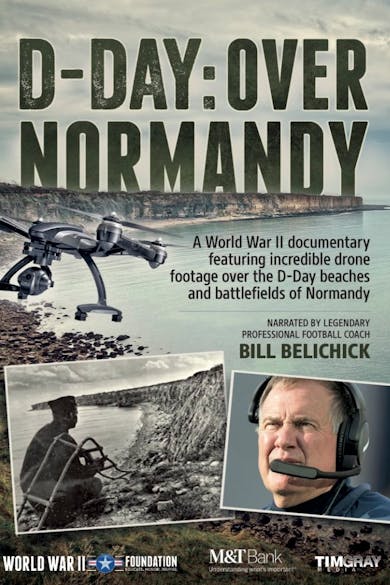 The World War II Foundation hired one of France’s top aerial Drone camera companies to film some of the most iconic locations in Normandy from D-Day.

The result is some of the most spectacular scenes of the landing beaches and battlefields of Normandy, France viewers have ever seen, narrated by the only 5-time Super Bowl winning head coach in NFL history, New England's Bill Belichick.

The WWII Foundation tells the story of these famous locations utilizing ONLY aerial footage from our Drone camera, along with archival footage from June 6, 1944.

The foundation also matches 1-2 actual D-Day veterans with each location filmed by the drone, so these veterans can share their stories of where they were and what they experienced on D-Day.

See a sample of our Drone video of Pointe-du-Hoc by Clicking Here.