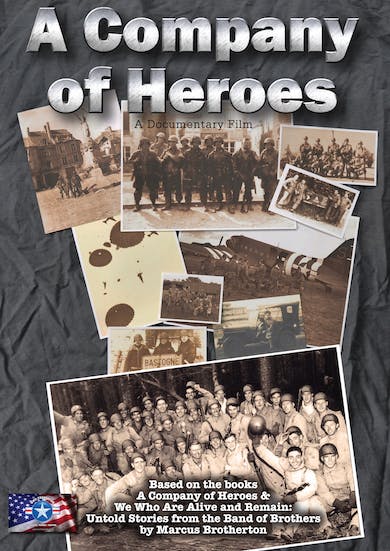 A Company of Heroes

A Company of Heroes

They were the “other” men who made up the Band of Brothers.

A Company of Heroes features interviews with many of the men of Easy Company, 506th PIR of the 101st Airborne Division not focused on in the book “Band of Brothers” by Stephen Ambrose or in the television mini-series by the same name.

We get to know the men, many of whom ended up on the cutting room floor when Band of Brothers debuted. We also hear from the sons and daughters of the veterans and some of the actors who portrayed the soldiers in the TV series.

We revisit Normandy, Holland and Bastogne with the Men of Easy and get a first-hand account of the fighting that took place in some of the war's major battles.

Never before seen video, interviews and photos are also included in this film.